Charity Photographer - shelter for the homeless.

Being homeless is something that many of us do not like to dwell on. I am a charity photographer. I support charitable organisations in creating premium images for their campaigns.

How I help you

Images make a huge impact on an audience. A great image conveys context, and emotion and helps tell a compelling story.

Homelessness in the UK

Even today there is much stigma and misinformation about being homeless. Despite the current financial situation in the UK, homelessness is not discussed. Yet, a few people offer a hand to help in an hour of need. The YMCA in Lincolnshire is one such group of people. They have opened a new shelter for the homeless in Lincoln.

Crisis estimates 282,000 single people, couples and families were homeless last year. This includes those threatened with homelessness by local authorities in 2020/21.

227,000 people were experiencing the worst forms of homelessness. This means rough sleeping, sleeping in vans and sheds, and being stuck in B&Bs.

Each year, around 700 homeless people die. About two in every five related to drug poisoning, and around one in ten being suicide.

The YMCA in Lincolnshire, led by Caroline Killeavy, has made a difference. The lives of homeless people in Lincoln have changed through the Nomad Centre.

The new Nomad Centre replaces the previous shelter of the same name on Monks Road in Lincoln. The new centre brings a dramatic change to the provision and the level of care offered.

Sincere and much-valued work has gone on for many years at the old Nomad Shelter. The new facility is a significant step forward for the YMCA.

The location of the Nomad Centre

The new Nomad Centre boasts 20 en-suite rooms. The rooms are not huge, but clean, bright, and secure. They bring a sense of dignity to the care given and a much-needed feeling of safety to those who use them.

Speaking to some of the users of the centre, what they value most of all is feeling safe.

One of the bedrooms

Being out on the street is dangerous. Crammed into dormitory-style rooms homeless guests feel unsafe. A few treasured belongings, carried in pockets and bags, are all that they have.

Imagine everything you have stolen when the lights go out.

For those already at emotional risk, this is an especially traumatic experience.

The new Nomad Centre offers care and security to people in difficulty and need.

A guest remembers her experiences,  and how different they would have been with a facility like the Nomad Centre

It was my pleasure to document the opening of this remarkable provision from the YMCA.

During my time with the YMCA, I was particularly struck by the attitude of people. Lincoln is leading the way in which it supports vulnerable people.

The work done is only the tip of the iceberg. But it was moving to hear from members of the Lincoln community. They talked, in such a positive way, about the brighter future for local people without a home.

The new centre supports people without homes. People forced to sleep rough, often coping with complex and difficult backgrounds. Victims of abuse, addiction, or simply those who have fallen on hard times.

Change of Attitude Towards The Homeless

Ian Sackree, Chair of YMCA Lincs, opened proceedings. He highlighted to us the desperate conditions that people find themselves in.

He talked about the way in which the behaviour of those in need is often misinterpreted. People look upon the homeless and pigeonhole them without compassion and understanding.

One example he gave was of a young man owning only 3 objects. He had nothing more.

How would that man react if someone else tried to take one? What would you see if you walked by?

It would be easy to label all homeless people as angry and violent.

In reality, for a victim of hardship, who only has three belongings in life. It would be understandable that they would fight tooth and nail to keep hold of them.

This made me reflect on all that I had.

Not only my belongings. But, my wife and children, a happy home, relationships, and opportunities.

How would I react if it were all taken from me?

How would you react?

Allen Gibson receives a Thank You on behalf of Tesco

Allen Gibson, representing Tesco, was at the opening. He relayed to me how he had visited the previous Nomad Shelter.

Filled with emotion at what he had seen he came away determined to make a real difference. The stories he had heard from users of the shelter reinforced his determination.

He wanted to do more than raise money to provide for the new centre. He wanted to change local people's attitudes towards the homeless around them. 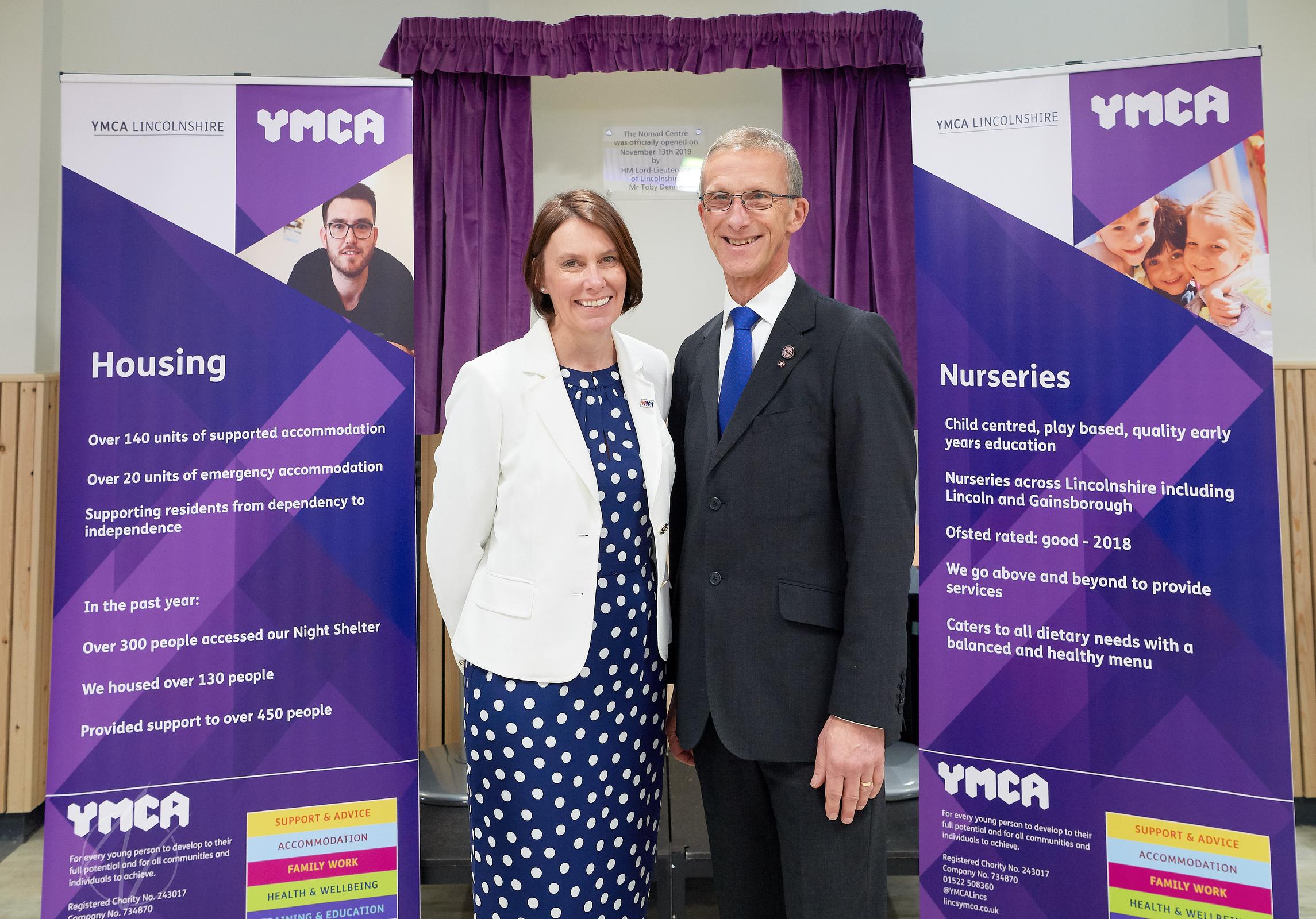 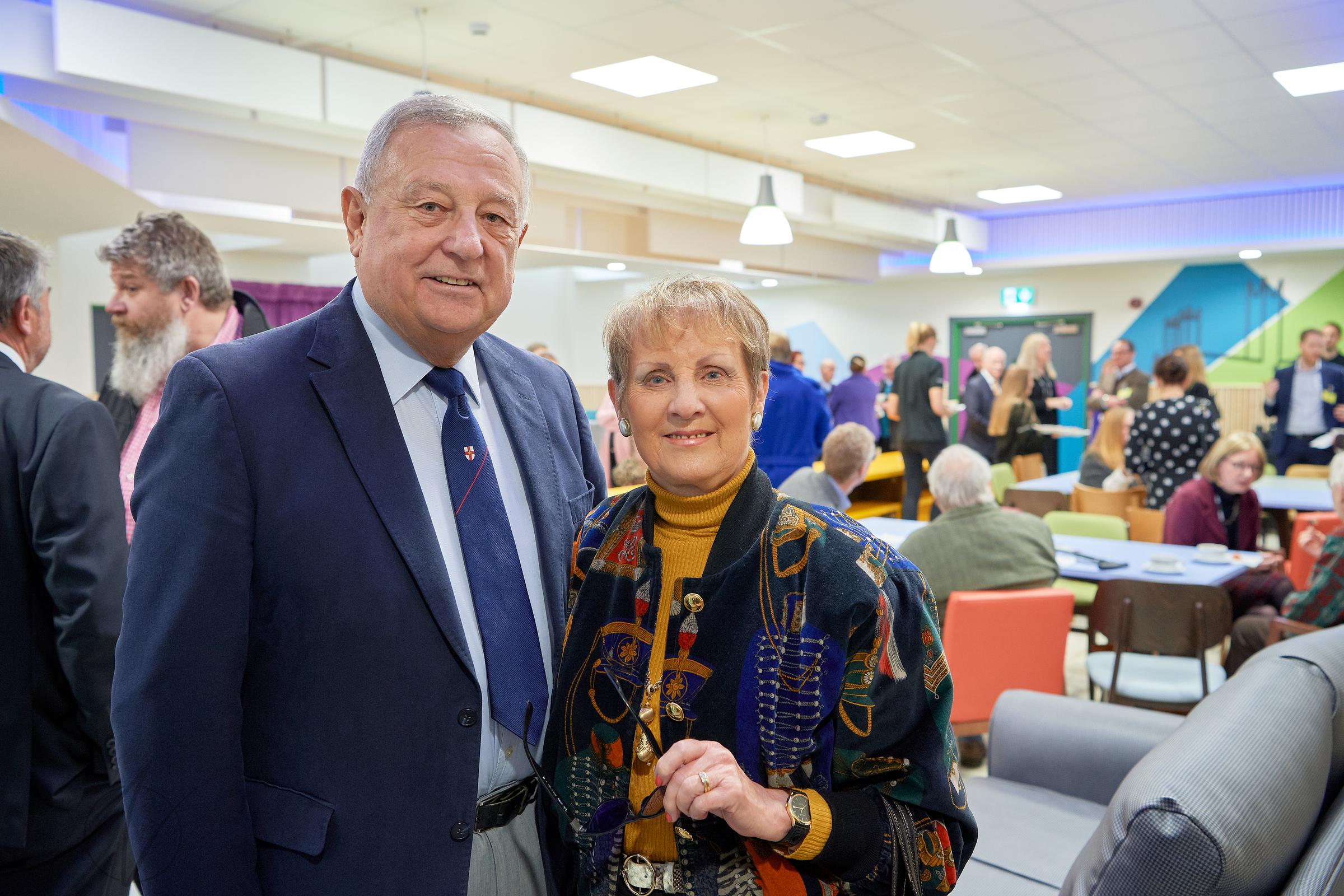 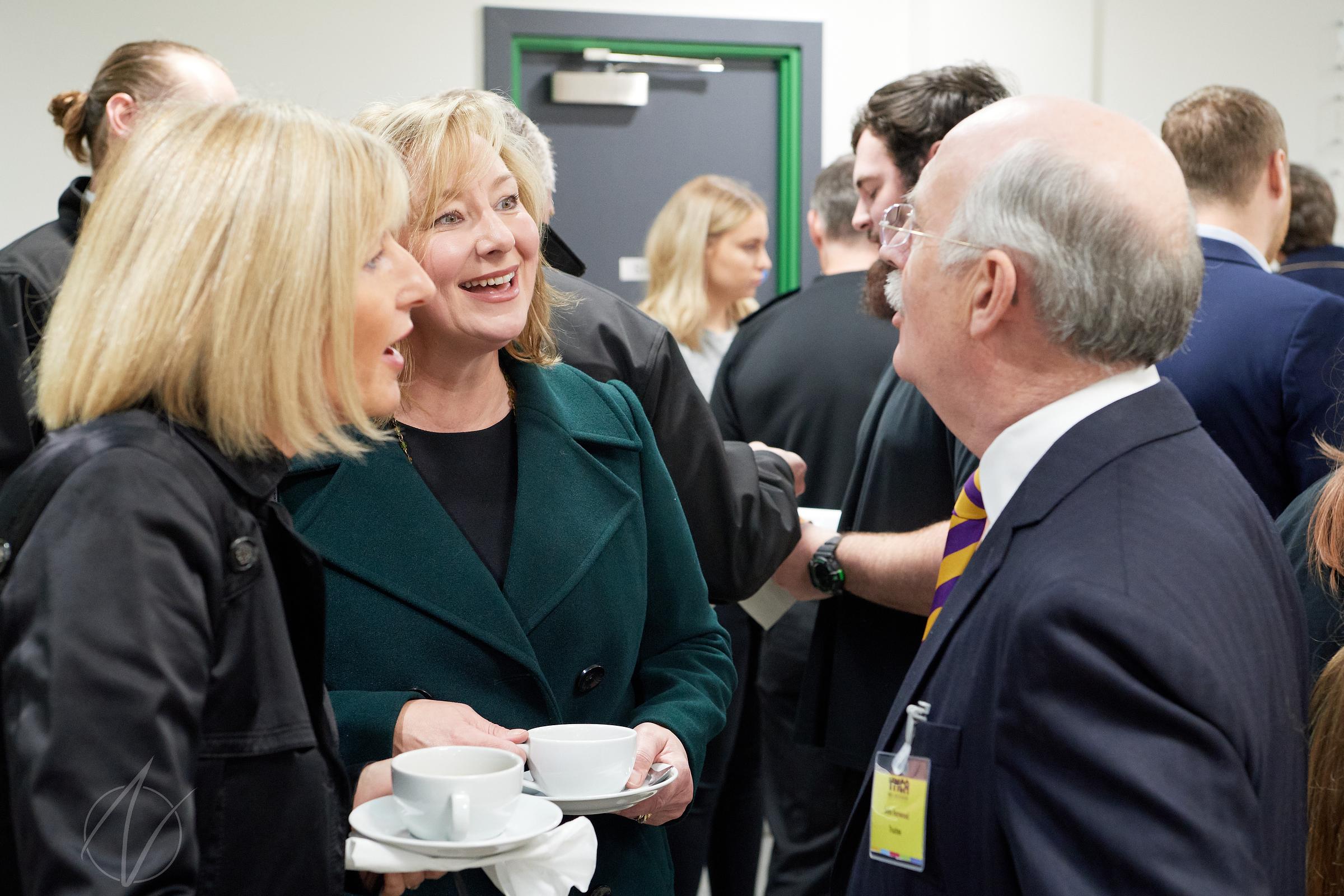 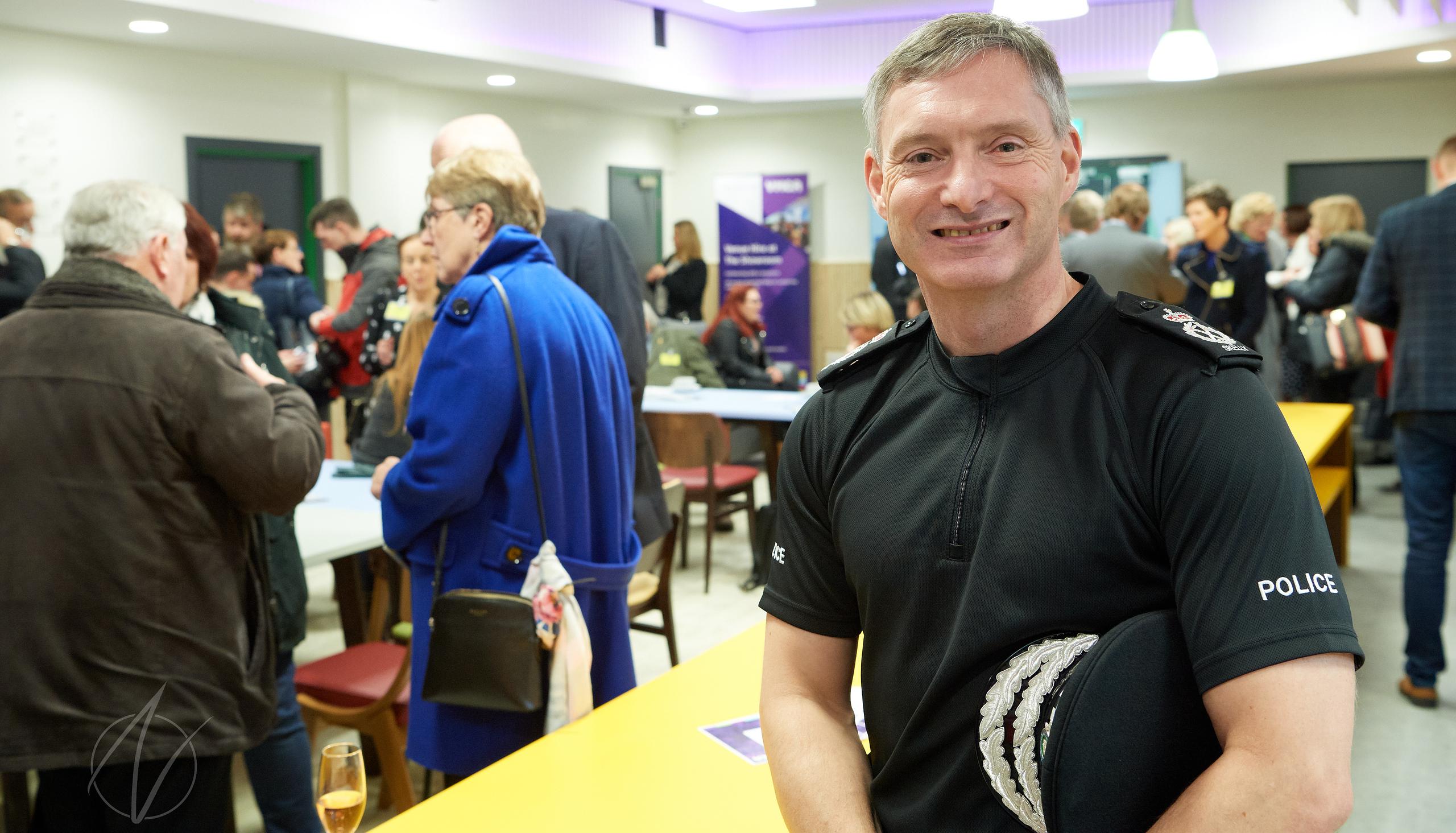 Chief Constable of Lincolnshire, Bill Skelly, has been a key supporter of the initiative 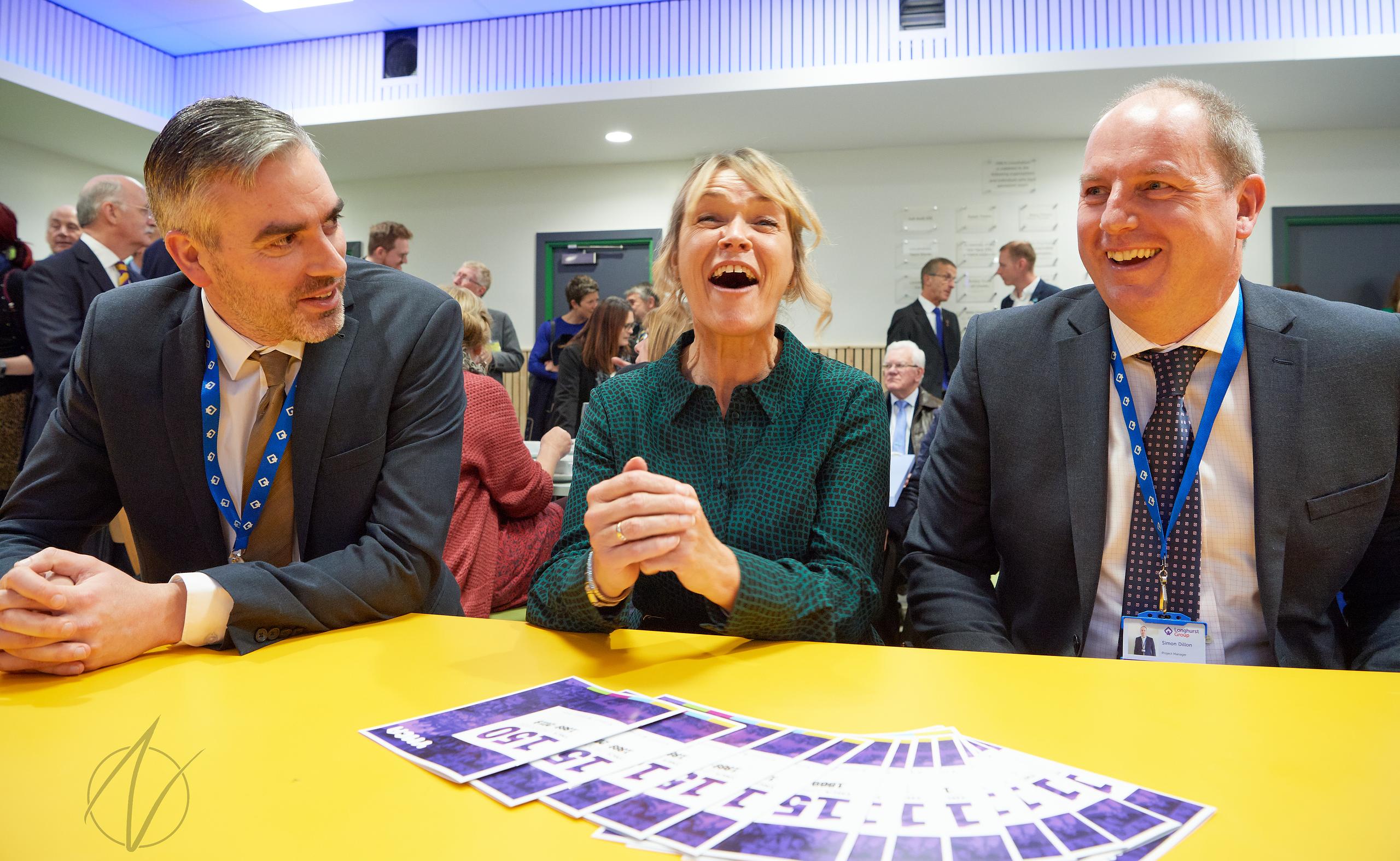 VIP opening of the Nomad Centre for the homeless in Lincoln

The official opening was by the Lord-Lieutenant, Toby Dennis. Susan Burke, The Right Worshipful the Mayor of Lincoln and The Rev Canon John Patrick joined him. Ian Sackree and Caroline Killeavy represented the YMCA.

It was impressive to see the great and good from the community supporting the centre. It was even more impressive to see residents of the old Nomad Centre in support. They had come through the old system and now had established themselves in society. They could see how much more support those in need would get now.

A ribbon was cut to officially open the bedroom provision

Tomorrow looks brighter in Lincoln for those in desperate need of somewhere to lay their heads. There is now a place where the lonely and forgotten can find a warm meal, a bed, safety and privacy.

Perhaps the next time we walk past someone on the street without a home, we will stop and show our care too.

Do you have a charity campaign to run?

Do you have a cause to promote?

Get in contact today and let's talk about how I can support you in making a difference.